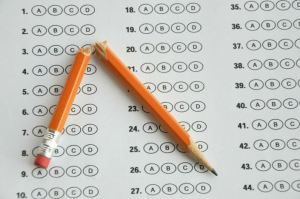 In April, an estimated 209,000 students opted out of the New York State English Language Arts (ELA) exam, but in New York City, the numbers were quite small.

I’m always surprised when reporters and others ask why NYC has a much lower test refusal rate than many other parts of the state. My first inclination is to ask why they would expect the city’s rate to be similar to the suburbs of Long Island or upstate. But then again, I’m a sociologist so I tend to view these things in terms of political dynamics – including the different geopolitics of urban, suburban and rural areas – as well as social class and race/ ethnicity. Viewed through these lenses, NYC’s opt out rate isn’t all that surprising.

Don’t forget that the state owes NYC more than $5 billion in school funds from the Campaign for Fiscal Equity settlement. Numerous superintendents, principals and even teachers warned parents that schools would be harmed or would lose funding if too many students opt out. In short, NYC schools, in addition to being perpetually underfunded, get threatened a lot, in a way that’s not true for suburban schools.

NYC schools have been under mayoral control since 2002. We have no elected school boards as the rest of the state has. Those boards can sometimes be a central point of leverage for parents. NYC parents have nothing comparable. We have Community Education Councils (CECs) – elected parent bodies which essentially have no power except over zoning issues.

For 10 years under Mayor Bloomberg, NYC children could not be promoted to the next grade unless they passed the state exams. Although the NYS legislature passed a law last year stating that state test scores could no longer be used as the sole or primary basis for promotion, that didn’t stop countless NYC principals from telling parents that their children would be sent to summer school or not be promoted if they didn’t take the state tests.

Given that state test scores were the primary basis for promotion in NYC for 10 years, it should surprise no one that the way schools are now using test scores in the promotion process is widely inconsistent from school to school.

In some parts of NY State, including Long Island, teachers and administrators have felt free to express their concerns about the state tests. Educators have expressed many of the same concerns voiced by parents: some of the tests are developmentally inappropriate for children, particularly those in the younger grades, those with special needs and English Language Learners. In terms of the big picture, the use of test scores for teacher evaluation and other high-stakes purposes distorts the education process and has led to a narrowing of the curriculum. In NYC, where resources are scarce, families have seen music, art, physical education and even science disappear.

Whatever criticisms educators might have of high-stakes testing in NYC, the leadership of the United Federation of Teachers (UFT), which is the largest local of NYSUT, the state teachers union, has made it absolutely clear that they do not support opt out and will not protect any teacher saying anything that could be construed as promoting opt out among parents. In contrast, NYSUT locals in some areas, particularly Long Island,  have been in the forefront of promoting opt out.

On top of all these other factors, add in that many NYC parents don’t even know they have the option of refusing the tests on behalf of their children. Countless other parents have language barriers, making it all the more difficult for them to understand their rights. In short, for any of you who are still confused about why NYC would not have the same kind of test refusal numbers as Long Island, let me summarize it for you: